Our Church was built in the early years of the twentieth century. The land was purchased by the Beard family following Spirit direction which guided them to stables belonging to William Whiteley’s Store.

A Trust was formed and the Church was erected on this site, and consecrated in October 1912.

Contrary to what many may believe, Spiritualist meetings are not held in darkened rooms where “one calls up the dead”. Our friends and loved ones who have passed from this phase of life still wish to communicate with us, just as they would if they had moved to another part of the world. Through the gift of mediumship continuance of life after death can be proven.

Our Church services are conducted with reverence and follow much the same line as any other orthodox service, an address being given on the philosophy of the movement, followed by a demonstration of the gifts of the spirit.

Spiritual healing is freely given and can assist conventional treatment given by the medical profession. Often it can also alleviate illness which fails to respond to other forms of treatment.

Absent healing through thought and prayer can help patients who cannot attend the church. 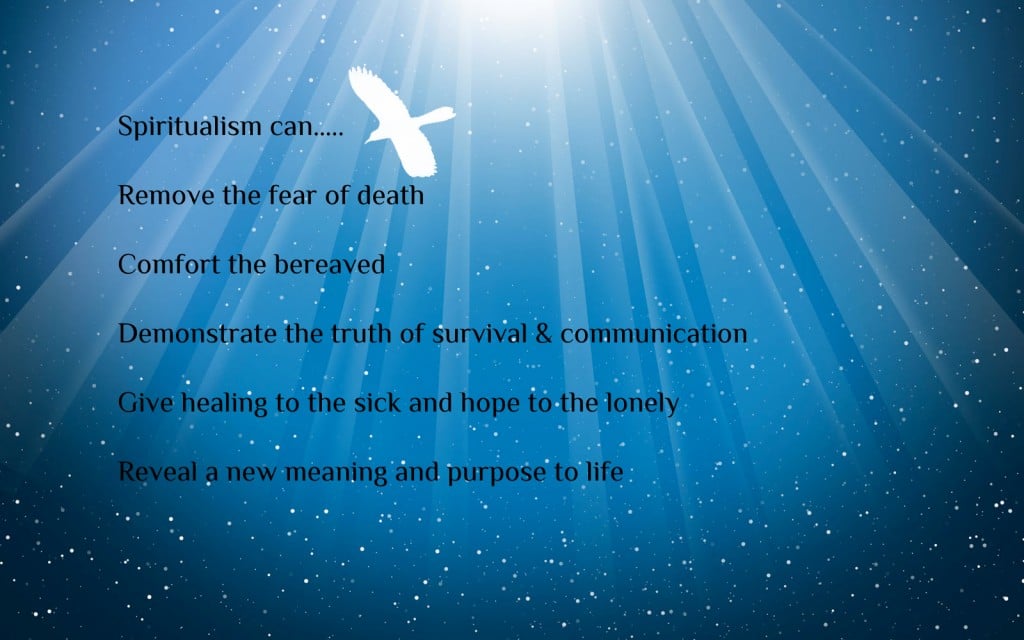